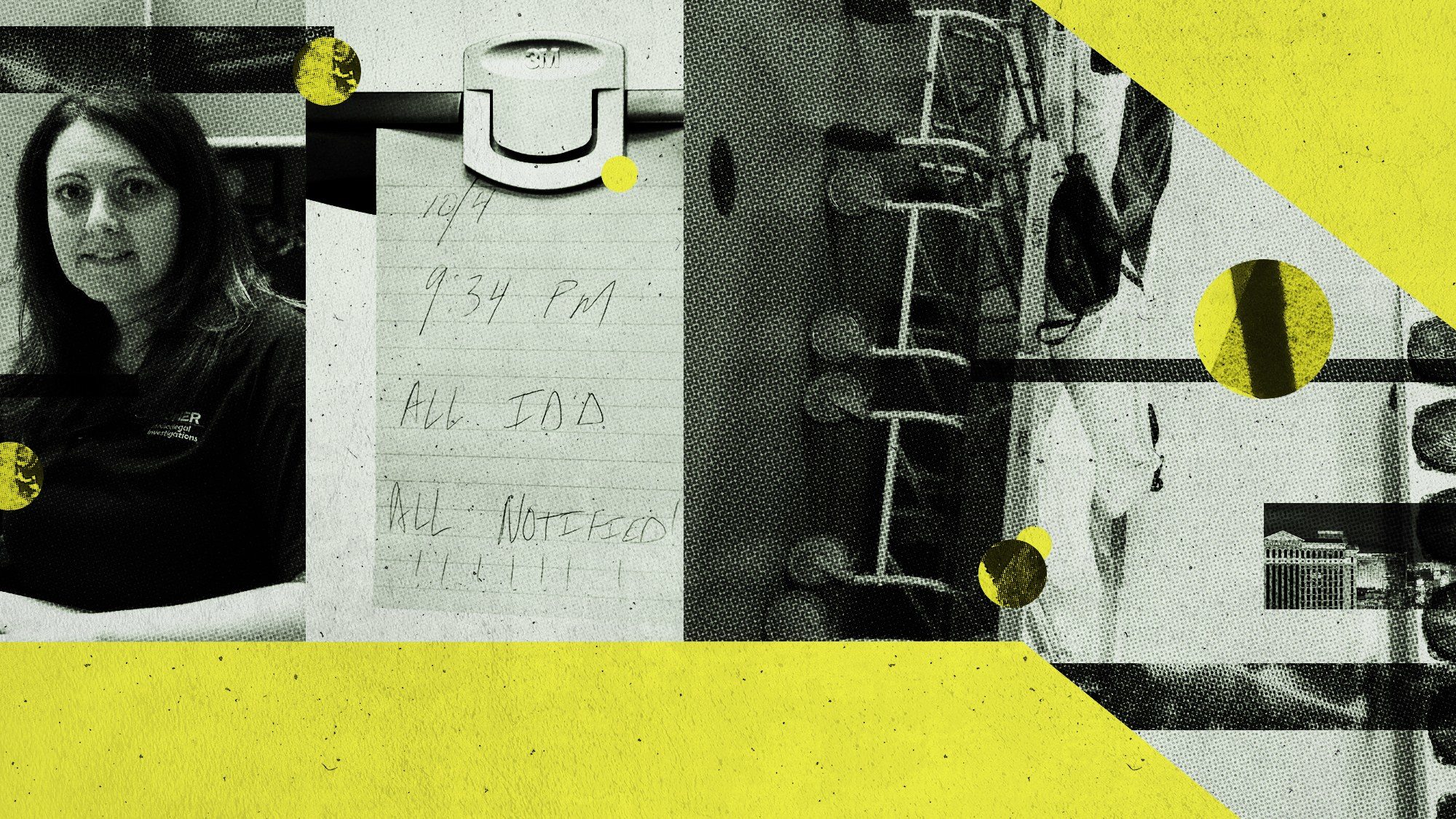 A fantastic article was published last month that reminds us of how much people in the background can be impacted by a traumatic event. ‘Everything That You’re Feeling Is Okay’ by Ann Givens was published on September 30, 2019, and recounts the horrific events of the 2017 Route 91 Harvest Festival shooting in Las Vegas, Nevada.

The article takes a unique approach in that it chronicles the experiences of the coroners and death investigators whose work involved identifying and documenting the bodies and assisting with the autopsies of the nearly 60 people killed in the mass shooting, including the body of the shooter.

It is easy to assume that people who spend a lot of time around death and dead bodies are immune to the stress response that bystanders and first responders are often impacted by. However, this is not the case, as is clearly illustrated in the article:

Over the following weeks, Tiffany and her colleagues lived deep in the aftermath of this tragedy. They were experts in death, which surrounded them every day at work. But this shooting was so vast, so horrible, that even they found themselves broken.

The article describes coroners and medical examiners as the final wave of first responders. These are the men and women who show up after the survivors have been taken to the hospital and the scene has been cleared for the bodies to be taken away. The next steps often involve death notifications, sometimes done by law enforcement personnel but often with or by the coroners, depending on the jurisdictional policies.

In the case of the mass shooting, a variety of factors came into play that had a negative impact on the ability of these “last first responders” to cope. The enormity of the task required additional hours and unexpected work at a horrific scene. Facilities were also overwhelmed by the number of people killed and the need to protect the bodies from decomposition while they awaited autopsies. Other unexpected impacts shook the staff, such as people desperate for answers waiting outside the building and harassing the death investigators with accusations of a cover-up or conspiracy while the body of the shooter awaited processing.

The latter part of the article talks about the signs and symptoms of stress that the coroners and investigators began to experience. Several employees experienced strong emotions and frequent crying. Others lashed out in anger at colleagues and became detached from friends and family.

Within a week of the shooting, John looked around at his office and felt a sense of reckoning. His people needed help. He needed help. He knew that the long-accepted practice in his trade was to leave people alone with their grief. But his conscience wouldn’t let him follow tradition. He knew that he’d be met with some ridicule from his law enforcement peers, but he also knew the cost of not doing it would be greater.

The next steps included bringing in mental health counselors and peer support from the Las Vegas Police Department. Interventions began at all levels, from individual and group support to wellness activities such as meditation and yoga. There was even a visit from a group of golden retrievers followed by a weekend barbeque, group painting classes, and massages. 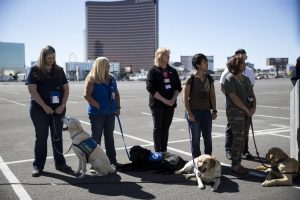 Certified facility dogs and their handlers at the old Riviera hotel-casino site on Las Vegas Boulevard.

The goal of the interventions was to “restore people’s connection to themselves and to others after they had been up close to a terrible act of depravity.” In the bigger picture, these were all aspects of resilience skills being used to promote healing and wellness for the people impacted by the tragedy. Many of these elements such as making connections with others and self-care practices not only help with coping but can be used to promote future resilience and a greater ability to “bounce back” after a crisis.

The messages in Everything That You’re Feeling is Okay and the title itself serves as an excellent reminder for how many layers of impact a traumatic event can have, as well as a positive case study on recognizing when your people need help and how you can support them.

Contact us if you are interested in learning more about resilience skills. Also, take a look at our Responder I and II level trainings for developing and training your own peer-support and embedded crisis response team. 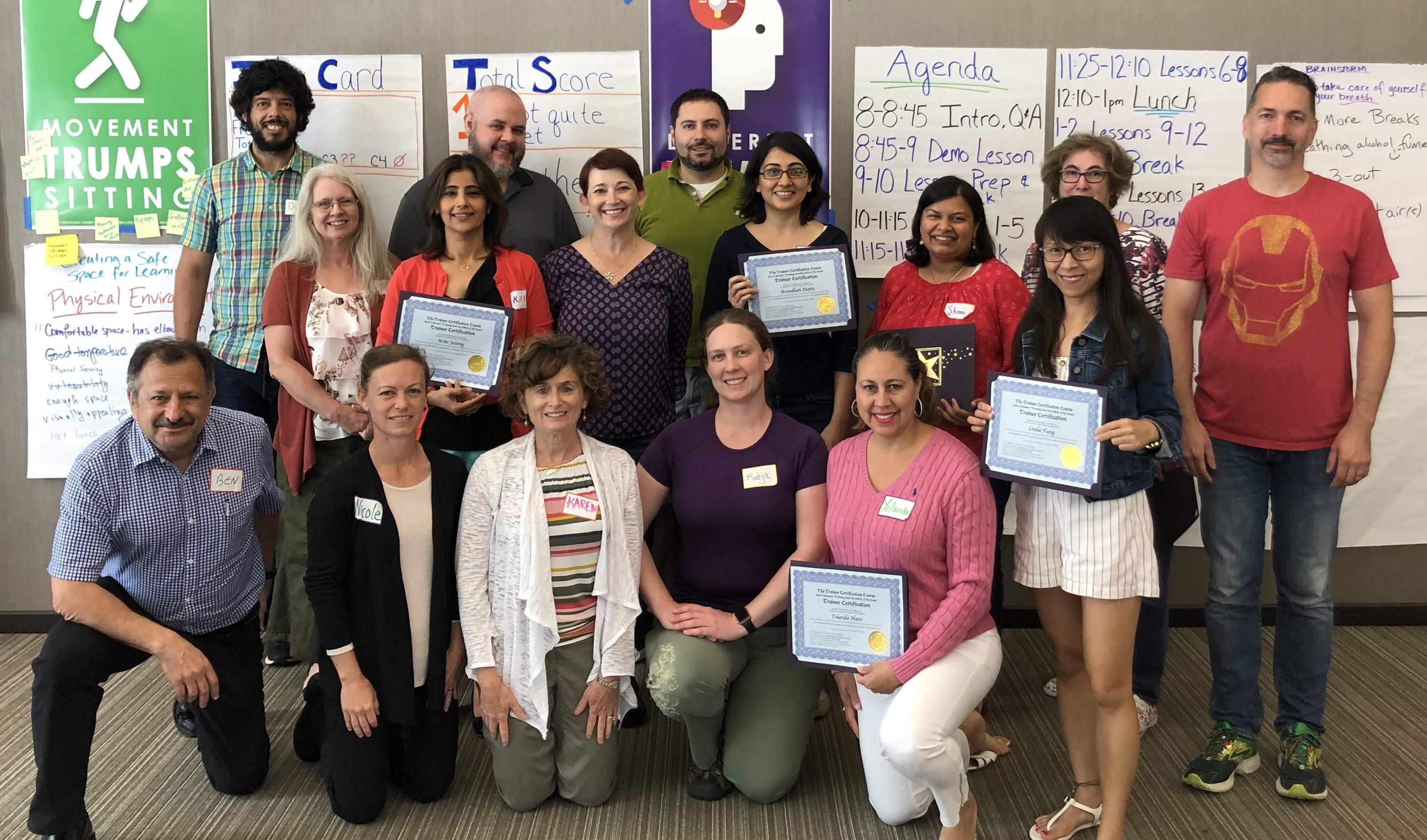 Training from the BACK of the Room comes to Anchorpoint 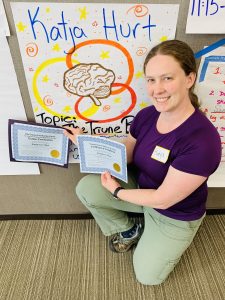